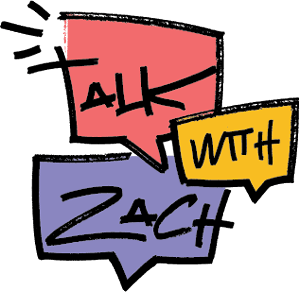 Instead of Trigger Warnings, We Should Learn to Cope 

If you’re a teenager, trigger warnings have become a part of life. Go on social media, and you’ll see trigger warnings every day. I’m not just talking about warning people that a post mentions suicide or eating disorders, but it seems like anything from the name of a celebrity with an addiction or anxiety or even the mention of something stressful like the SAT can get a trigger warning now.

I joked to a friend that I was triggered by so many trigger warnings–that I felt like the number of trigger warnings I’d see in a day had gotten out of hand–until people started using them in everyday conversations. That pushed me over the edge.

“So, trigger warning,” someone said in a class discussion before talking about a character in the book. Really? I thought. We can’t discuss fiction without worrying that the character who has depression might trigger someone to the point that they need to be warned in advance?

But then it got worse. At lunch, we were talking about someone who drank too much at a party the weekend before, and the person telling the story actually said, “Trigger warning” before getting the part about the drinking, because someone in our group had gotten very sick after drinking too much and says she has PTSD from the experience.

I understand that certain topics are hard to talk about or bring up certain feelings for people. But are trigger warnings really helping people to cope with those feelings, or are they making those people incapable of functioning in daily life where all kinds of topics come up in books, TV shows, social media, and in conversations with our friends that are just part of life?

I think we should learn how to expose ourselves to difficult topics instead of avoiding them or shielding ourselves from anything that might make us upset. I think that learning how to cope is actually better for our mental health than believing that we’re too fragile to handle our feelings.

I honestly would like to see our generation get rid of trigger warnings and instead open ourselves up to the possibility that if something is so upsetting that you can’t manage to hear it, maybe the solution isn’t to be offered a trigger warning but to get some help working through the issue so you’re no longer triggered in the first place.